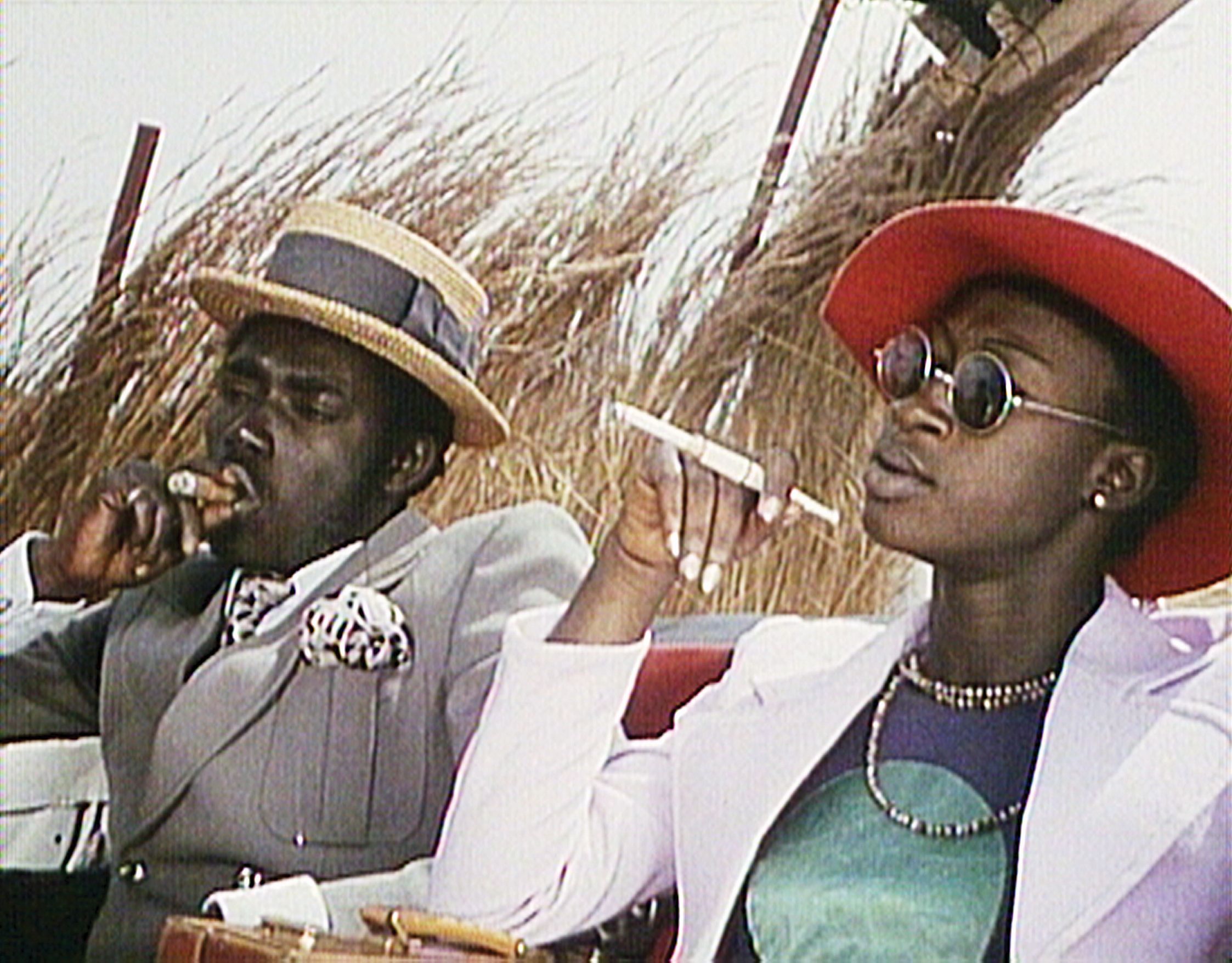 Afrika Eye presents an evening celebrating the work of Djibril Diop Mambéty, Senegalese maverick filmmaker, still regarded as one of the most important African filmmakers of all time: a visionary, an aesthete, a political animal. But as a lone dissenter, allergic to institutional obedience, his work was deliberately ‘lost’ by those in power.

Join us for a double bill of two of his great films,Badou Boy and Touki Bouki, followed by a panel discussion with experts in classic African cinema from around the UK.

Rarely seen yet often talked about, Badou Boy, like its creator, has been an enigma. The plot looks at a “badou boy”, or a bad boy, who survives in the bustling city of Dakar in the late 1960s, a turbulent time. Part parody, part fable, the film borrows from the strategic and economic resources of the gangster genre and punk aesthetics in order to comment on the postcolonial experience in a newly independent nation.

Paris… Paris… Paris… the dream that motivates young lovers, Mory and Anta, in their quest to escape the dead-end clutches of Dakar. Only when that dream becomes a tantalising reality do they realise that in pursuing their dream, a sacrifice must be made – a sacrifice far greater than either were expecting.

Maverick Senegalese filmmaker Djibril Diop Mambety depicts with raw, visceral energy the impending road wreck between the old folk customs, traditions and superstitions and the enforced adoption of European colonial attitudes, in a Senegal seemingly at a crossroads. In so doing he provides African cinema with one of its most original works of film art.