The Veejays of Tanzania
(Pop up screening)

In different parts of East Africa – from Tanzania to Uganda – a hugely popular film culture has existed for more than a decade: that of “video jockeying” (or VJing), where blockbusters – mostly Hollywood, Bollywood, and kung fu films – are translated into local languages for local viewers. But, far more than word-to-word translation, VJs offer viewers their distinctive style of often hilarious commentary and insights as they work to educate and entertain audiences, becoming celebrities in their own right.

This documentary is a fascinating insight into the strategies that human beings use to resist disempowerment using the only thing that they cannot get taken away: their creativity.

A warm, humorous documentary, with fascinating insights into the creative world of VJ’ing. 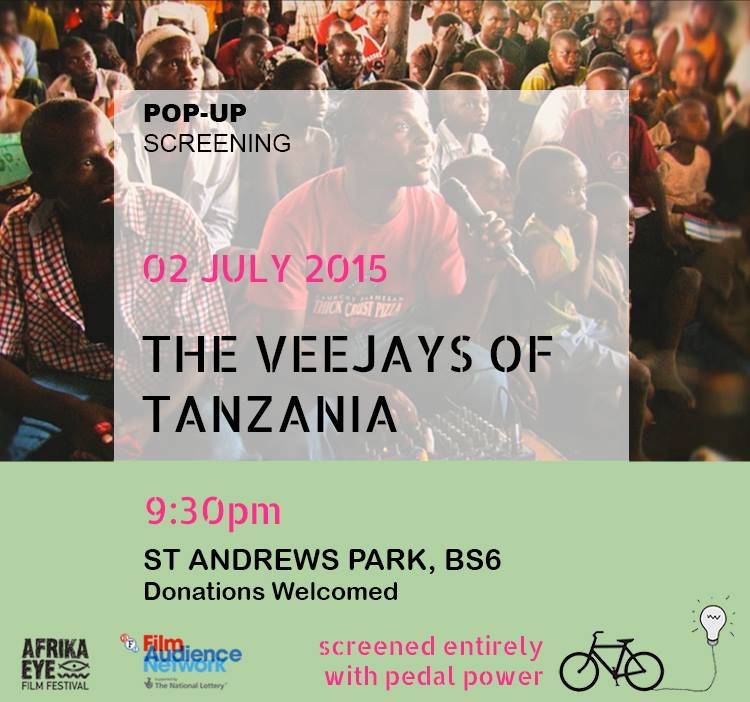